Rumour: Apple to release new iMacs on Tuesday, 3 May 2011 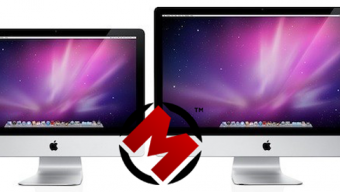 But who really cares? Seriously!

Ok, both Appleinsider and Tuaw are reporting that Apple will release a new line of iMacs in this coming Tuesday, 3 May 2011. Citing “people familiar with the matter who have continually provided accurate information”. 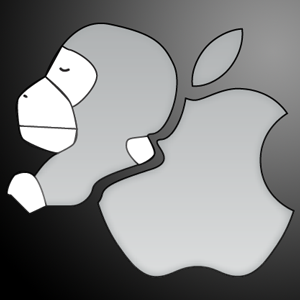 So the rumor continues to grow and indicates that the next generation of iMacs will have second generation Intel Core i5 and i7 chips together with a Thunderbolt port. “It could not be confirmed at this time if the new iMacs will feature changes to the display sizes,” says Tuaw. Appleinsider also states that its sources said the early morning hours of May 3 at Apple Retail stores will be a “visual night” which means that the new iMacs should be on sale the day they are announced.

“Visual night” is the term when Apple retail employees stay through the night and change merchandising and display planograms in the store in order to prepare a new product for sale. In this case, the older iMacs will be removed and replaced by the newly announced models. Both sources indicate that these were predicted earlier on by Cnet that also indicated that the new iMacs will ship in April or May 2011. The iMac line has not been updated since 27 July, 2010.

Ok, so you’ve read thus far, and the point is? Wow, Apple is going to refresh their iMac lines. So exciting! Really. As if that wasn’t obvious enough. Surprisingly, strolling around the net, I’ve found so many people who “like” that on Facebook. But what scares me is that people are either blind or dazzled by Apple’s marketing team (which does indeed a great job). It hasn’t been more than two weeks and everyone seems to forget Apple’s iPhone secret tracking feature . All that buzz around the new products simply empowers these companies, and we as consumers are creating the demand for them. Now don’t get me wrong. I myself use an Apple Macbook Pro, but it does not make me a brand fanatic. What happened to the good old days, when there was actual competition in the market? Don’t you love to save money I ask? Would you not prefer competitive pricing? Moronizing our consumerism behaviour will not lead to any significant change. We can start a small change, and actually create a real demand and shift some of the balance. But I guess that won’t happen anytime soon. For all you Apple “fanatics”, how many of you bought the iPhone 3G when it came out? And how many of you bought the iPhone 3GS when it came out and sold your old phone? How many bought the iPad and are now running to change it for the iPad 2? How many of you got the iPhone 4 and can now only wish to swap it for a white iPhone 4?

Entrepreneur and currently a marketing manager in a biotech firm who holds legal commercial, corporate and financial expertise. Emmanuel likes to write about the world, loves bananas and Chess.

Gizmoron is blog dedicated to current affaris. The blog provides an a unique perspective on economy, politics, law and a variety of other matters. The blog is managed by Gabriel Benami. LLB. LLM. MA in political science/national security.